I have lived in Chiriqui, Panama for the last 15 years and in that time I have written about and come across many stories of Panama's history, mystery and the unexplained. Writer David Dell, thought it would be a great story and adventure if three people were left alone on a deserted Panamanian island. Two, of his would be companions declined the offer. Dell, soldiered on alone. Later it turned out that one, of his would-be-fellow adventurers was a notorious serial killer. After the American "Just Cause" invasion it could be argued that Panama finally reached a time of democratic stability. In early years there was widespread corruption and dictatorship. Few, dared to fight against the tyranny. Onofre Quintero was one of the few and he was the last. It was December 22nd, 1989. A warm sunny day in Volcan when a heavily laden 40-foot container truck came groaning up the mountain road from the City of David.  The driver,  known to locals by his nickname “king Kong” parked the overladen vehicle on the edge of the park in front of the Volcan Fire department.  Two days previously, the American Army had invaded Panama in an operation code named “Just cause.” Kurt Hemmerling was awarded the Iron Cross by Kaiser Wilhelm and later fought with Pancho Villa in Mexico. He is credited with making many great archeological finds in Chiriqui. Together with his closest friend they searched for gold - a search that cost his friend his life. In January 1933 Albert Einstein together with his wife Eloise passed through Panama on their way to California. However, they did make a secret side trip. They drove North from Puerto Armuelles through pouring rain over a rough pot holed road for almost an hour. Their destination; a banana growing plantation in Esperanza. What was behind this secret diversion?

Was Einstein setting up an escape route for Jews fleeing persecution? 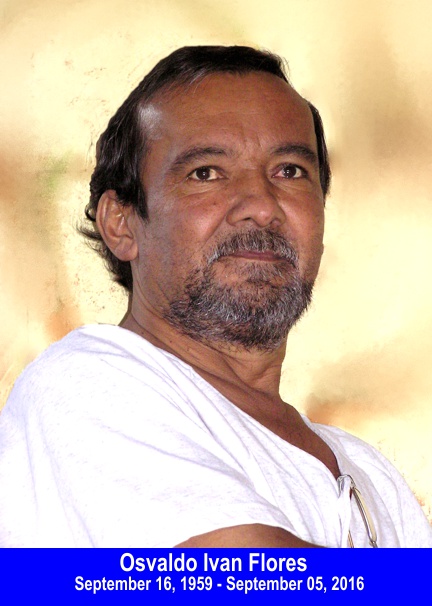 OSVALDO IVAN FLORES, or Ivan to his friends, is a part of Panamanian history himself. Ivan had a lifelong dream of running a newspaper. In September 2001, he bought a computer and with the help of his son Osvaldo Junior, started a small publication in Volcan called “Semanario Informativo.”

Later he helped launch CHIRIQUI LIBRE and the CHIRIQUI TIMES. In the late 1960’s and early 70’s the Volcan freedom fighters were taking on and beating the best of Manuel Noriega’s mountain troops. Noriega needed a base high in the guerrilla heartland north of the town of Volcan. Legend has it that he took an old Greyhound bus and had a helicopter carry it right into the heart of guerrilla territory. There his troops could at least have a dry and warm place to sleep as they fought against the insurgents. Creatures that Suck Blood in the Night.

The Chupacabra story has aroused international attention since the first eyewitness sightings in Puerto Rico in the 1990’s. The story has been featured on mainstream television news networks, including CNN. Reports of sightings range as far north as Maine in US, to Chile in the south. The people of Volcan have seen strange moving lights coming from the Baru Volcano for about 60 years. We ask witnesses to describe these UML's (unexplained moving lights) The Castillo Petroglyph may be the most unique rock carving in the world, because we believe we can date when it was carved and also what the carving depicts. In 1981, local onion grower Adelelmo Guitierrez had to shoot, what may have been Panama's last tiger. The tiger had just killed a cow and was a clear danger to children and small pets. Sadly man's encroachment on natural habitat had caused another animal extinction. On July 7th 1941, 12, unarmed Swiss German pacifists were gunned down by a Panamanian police squad. On March 1st, 2015 a plaque was erected to remember the victims, ten of whom are buried some 200 yards from the plaque. The DANIEL BOONE of Panama.

Panama, is a country that has been forged by tough adventurers. People that haven’t been afraid to hack their way through endless miles of steaming humid jungle, or climb over enumerable rocky-mountain peaks. This is the story of one such Panama pioneer, Alois Stasil Hartmann: The legendary mountain man of Chiriqui. In Puerto Armuelles there is a single story wooden building that dates back to the 1930's. It may not look much from the outside and its leaking roof may look un appealing from the inside but this house is full of history. From presidents to dictators to Hollywood stars-they have all eaten and drank here. 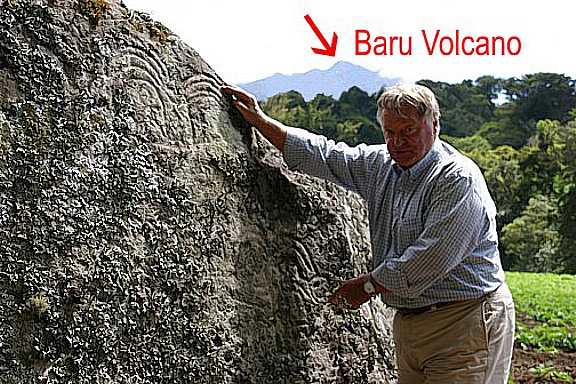 Chiriqui, is literally covered in ancient rocks that have strange carvings. Some can be possibly dated and might have a logical explanation. Others, have their purpose and origins lost in the eons of time. This is one of several articles about these historic mysteries. Look carefully at this photo, The car is reaching the top of a hill. But the car could have reached the top of this particular hill-without using his engine. Its Volcan's number one tourist attraction. In fact the government had to remove the tourist sign as it feared it might cause accidents. Panama is fascinating. If you are one of those people that love the mysterious and un-explained, then this is the place for you-it has mysteries that archeologists haven’t begun to solve. In the Chiriqui mountain town of Caldera, there are several ancient stones with strange carvings.